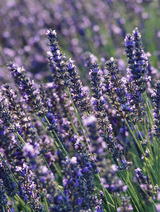 Memorial Candle Tribute From
Dryden Funeral Home
"We are honored to provide this Book of Memories to the family."
View full message >>>
In Memory of
Olean Jacks
Cochran
1946 - 2018
Menu
Plant a Tree In Memory of Your Loved One
Click Here

Cochran
Heflin - On June 22, 2018, God reached down His precious, merciful hand and Olean Jacks Cochran, age 71, took hold of His hand and all glory opened up and she took her heavenly flight.
Olean was born July 3, 1946, in Heflin Alabama to the late Will Jacks and Willie Mae Baber Jacks. In addition to her parents, she was preceded in death by her loving husband of 46 years, Lewis Cochran.
Olean most loved thing in the world was being a mother, buddy, and best friend to her three children and her special boyfriend, Kermit Blanks and being a sister to her beloved brother, Weldon Jacks.
Mrs. Cochran loved attending the senior center in Heflin with her husband, Lewis, until his passing in September 2012. The center would send a bus to pick her up after his passing. It was at the center where she met her boyfriend, Kermit Blanks. Her and Kermit went to the center together until her health started to decline where she was physically unable to walk. The precious sweet people at the center would send her meals to the house.
Olean is survived by her children, son, Lewis Cochran Jr., daughter, Carolyn Cochran, and son, David Cochran and his girlfriend, Tonia. A loving devoted brother, Weldon Jacks and her special sweetheart Kermit Blanks.
Funeral services will be Wednesday, June 27 at 11:00 AM in the Chapel of Dryden Funeral Home with the Rev. Clint Alewine and Rev. Ricky Kilgore, officiating. Visitation will be Tuesday, June 26 from 5:00 until 7:00 PM.
Pallbearers will be: Marcus Brown, Joe Jacks, Donald Baber, Michael Taylor, Ryan Jackson, and Gary Howell.
Honorary pallbearer is Charlie Brown.
The family wishes to express their thanks to SouthernCare New Beacon Hospice for everything they did during Mrs. Cochran's illness.
visit our website @ www.drydenfuneralhome.com
Printable
Share on Facebook